Here’s a look at some of the best looks of the night. 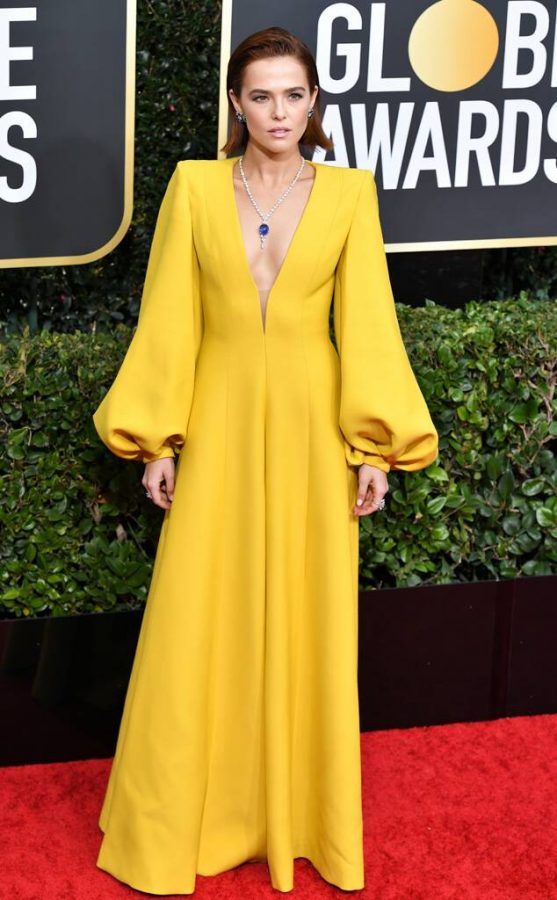 The 77th annual Golden Globe Awards was this past Sunday. The night was dedicated to awarding and celebrating outstanding film and television. However, the fashion looks of the night could most definitely be celebrated as well.

Zoey Deutch was looking golden at the Golden Globes. The American actress’ look was of the most classy and elegant of the night. She stunned in this mustard yellow Fendi dress. The gown featured trendy puffy sleeves and a plunging neckline. Her hair was gracefully slicked back and sided. Her look was also complemented with stunning jewels. In fact, Deutch was wearing more than 100 carats of diamonds and sapphires. Her earrings, as well as her necklace, featuring an almost 60 karat sapphire cabochon, were both by Harry Winston.

Ana de Armas looked gorgeous on the red carpet. The Cuban actress stunned in this strapless Ralph & Russo ball gown. The dress also featured handy pockets. The sparkling blue sequin dress was accessorized with Tiffany & Co diamond drop earrings and sapphire necklace. Her hair was elegantly pinned pack in a low ponytail and her makeup was beautifully kept to a minimum with a touch of color from her beautiful red lip.

Phoebe Waller-Bridge won the best actress in the TV comedy category. However, she could have also won the best dressed of the night. Phoebe wore a beautiful Ralph & Russo couture suit. The two piece tweed suit featured metallic threading throughout and an extravagant lace pin at the shoulder. Phoebe claimed that the sparkling tux was “the most extraordinary thing [she’s] ever worn.” However, after accepting her award, backstage, Waller-Bridge announced that she would auction off her stunning suit and donate the money to fire relief in Australia.

Scarlett Johansson looked unreal on Sunday night. The best actress nominee wore a stunning Vera Wang gown. The bright red strapless dress featured a plunging neckline and short train falling from behind. Her gown was beautifully accessorized with 120 carats of Bulgari diamonds that her slick back bun sure gave attention to.

Robbie’s outfit was simple yet spectacular. The Australian actress looked beautiful in this Chanel Couture dress. The bottom of the dress was a simple white skirt. However, the top portion of her outfit was beautifully designed with colorful beaded details. It was evident that Robbie was going for a simple look, as she wore her dress with natural platinum waves.