Opinion | Political Mischaracterization Is Despicable and Must Be Addressed 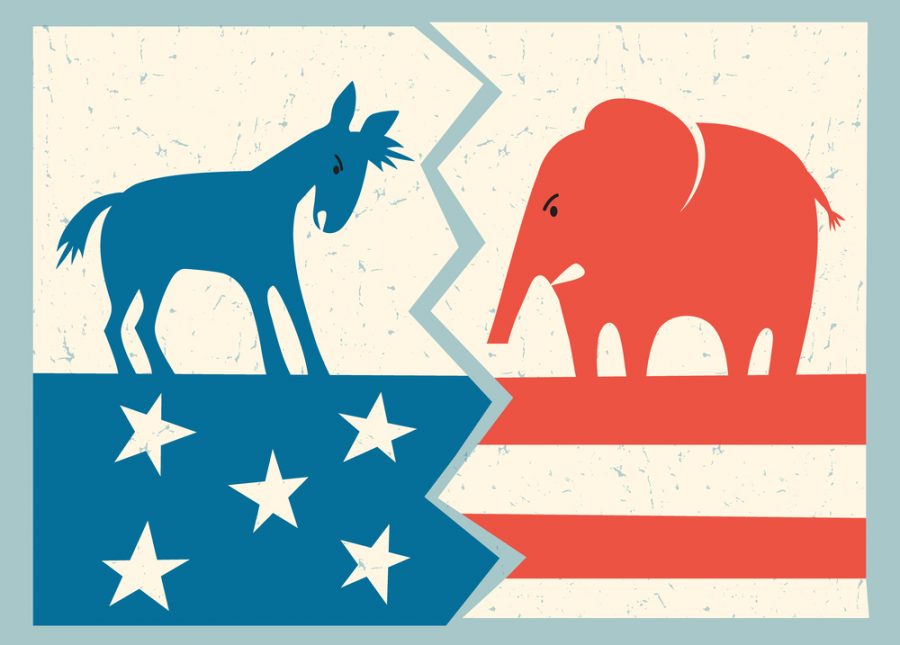 Is there a tendency to villainize those who disagree politically? (Credit: myLifeSite)

North High is intensely divided politically with this division only exacerbating as the year continues. Many students with contrasting opinions refuse to communicate with each other, choosing to surround themselves with like-minded people instead. This process of ideological tribalism may avoid conflict in daily activities. However, the creation of echo chambers and the subsequent mischaracterization and villainization of the political opposition is profoundly dangerous. So, how do students view their political adversaries?

“When people say ‘Republican,’ they often mean ‘Trump-supporter,’ which is not actually the same thing,” senior Aliza Fine said. “Being Republican is more about laissez-faire economics and other fiscal issues and stances. Trump supporters, on the other hand, are freely supporting bigotry, racism, sexism, homophobia, transphobia, pedophilia, rape, Islamophobia and inhumane behaviors, among other things.”

While Fine’s characterization of Trump supporters is arguably “extreme,” it is important to note that mischaracterizations do not come from the left exclusively.

“The left portrays the right as evil racists,” junior Zachary Ziegler said. “The right frequently portrays the left as communists who want to steal your money and strip you of your freedoms.” Regardless of the validity or lack thereof in these characterizations, it is undeniable that both sides would consider their descriptions absurd and inaccurate.

The refusal to interact with people who have different political beliefs is both the cause and consequence of seeing those you disagree with as ignorant or uneducated. If we operate under the assumption that our opinions are irrefutable, discussions are impossible. After all, how could you understand a belief if you never discuss it with people who hold that belief?

“Sometimes it did feel like political opponents are supervillains,” junior Jason Mei said. “But I found that when I talked to the people I disagreed with with an open mind, they seemed like rational people who had different points of view rather than villains.”

Junior Kevin Khadavi said that stifling conversations based on the presumption that any contradictory opinion is evil is “extremely prevalent” and frankly, “a shame because it hinders the process of political discourse and discussion.”

Most conservatives are not homophobic or racist. Most liberals are not irrational or communists. North High students should enter discussions with an open mind. For any meaningful conversation to take place, listen and rebut those you disagree with instead of silencing them. In times of heightened political polarization, it is imperative to remember that those who may disagree with you are people too.