Which Side of TikTok Are You On? 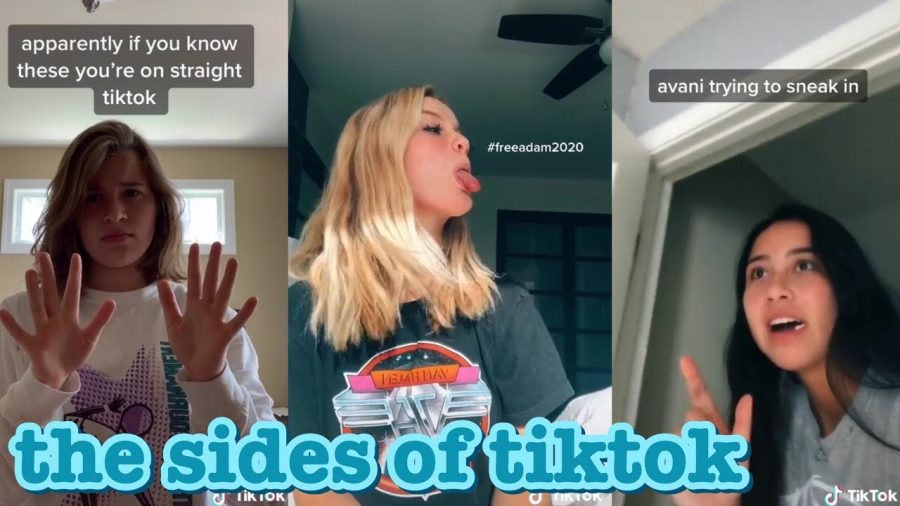 TikTok— also known as the app that dominates our screen time and distracts us from the more important things in life.

Though this blunt definition of TikTok may jump to some conclusions, the app has come to play a great role in the lives of avid social media users—teens, in particular. With over 800 million active users as of mid-2020, the app has successfully reached a large chunk of the world’s population, and it is easy to see why.

Because TikTok pairs a user’s interests with specific videos that match those hobbies, people with similar interests often wind up with the same type of content on their “For You” pages. Groups of people who watch and create these similar videos compose the multiple different subsections within TikTok.

What exactly are these subsections? Well, look no further:

This side of TikTok is rather self-explanatory. Democrats and Republicans engage in creating content that either supports their side of an argument or refutes that of the opposite political party. Popular accounts such as the democratic “hype house” (@thedemhypehouse) and the republican “hype house” (@therepublicanhypehouse) film videos on controversial topics such as abortion, immigration, and the 2020 presidential election, each presenting opposing views. Junior Greg Leung explained that he watches a variety of videos on TikTok.

“I watch some political videos, but I also watch comedy videos, funny POVs, sports videos, and hip hop videos,” Leung said. He also mentioned a not-so-positive aspect of the videos he watches, particularly politically-oriented ones: “People are kind of toxic. They’ll get mad and insult people they disagree with or get offended by.”

Short for “alternative,” the term “Alt.” TikTok generally refers to any content that consists of unique videos and humor, rather than the more popular dancing videos that dominate the For You Pages of most TikTok users. It portrays a more “emo” and “grunge” aesthetic and includes videos that typically involve dark humor, according to junior Hannah Fishman.

“I like [Alt. TikTok] because it’s my kind of humor,” Fishman said. Popular aspects on this side of TikTok include “SM6,” a family band, and sounds like “Miel Pops” and “The Gummy Bear Album.”

Whether it be swimming, football, track, or soccer, TikTok has your sport covered. Some of these videos consist of relatable problems or helpful tips and strategies regarding specific sports. Other videos are more geared towards spectator sports such as Major League Baseball and offer recaps of popular games, or commentaries on famous athletes.

This side of TikTok was made specifically for the most enthusiastic of Harry Potter fans. It initially got its name after the (apparently misunderstood) villain of the aforementioned series, Draco Malfoy, gained admiration from heartfelt teens. As DracoTok gained popularity, it quickly grew into HarryPotterTok, which consists of videos depicting popular scenes from the Harry Potter books. These videos usually include modern-day plot twists to the series, offer deeper insights into different Harry Potter characters, or alternative versions for the series’ storyline.

Named after a popular aesthetic that romanticizes aspects of traditional agricultural life, most cottage core videos involve the portrayal of aesthetically pleasing routines that might consist of berry-picking, pick-nicking, caring for farm animals, and—quite ironically—sacrificing the use of technology. Sounds like “Strawberry Blonde” constantly crowd the For You Pages of Cottagecore’s TikTok users.

From whipped coffee to cloud bread, FoodieTok has generated some of the most viral recipes among enthused cooks and bakers. “I found a recipe for these pumpkin cookies through TikTok, and they actually turned out really well,” said sophomore Giselle Makhani. “I gave some to friends and they really liked them.”

What would a TikTok article be without mentioning dancing? Ranging from the “Renegade” back in 2019, to the popular “Tap In” dance, this side of TikTok instantly rose to fame hand-in-hand with TikTok stars such as Charli D’Amelio and Addison Rae. Junior Hailey Toch, whose most viral TikTok amassed a whopping 486,500 views, explained that one of her favorite parts about TikTok is “doing and learning the new dances” that come up on her For You Page.