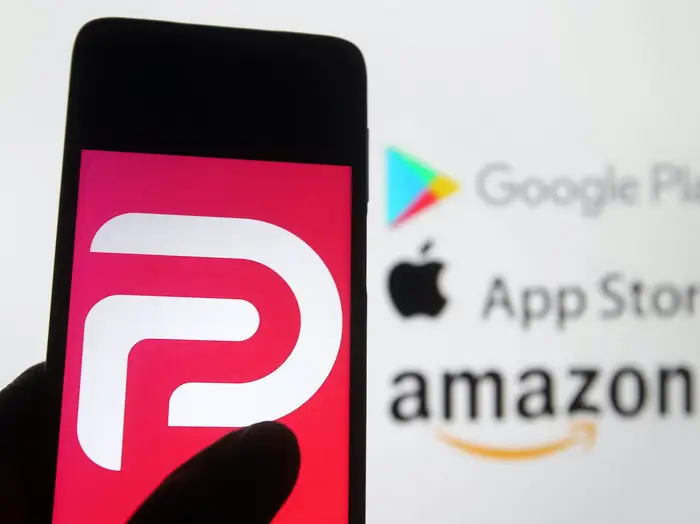 Following the riots on Capitol Hill, social media providers took the prerogative of cracking down on “far-right and conspiracy groups.” However, the deplatforming of Parler raises concerns about the decisions of these providers. Will this new wave of censorship protect us from dangerous ideologies, or is it just an excuse to excise the opposing political party and shut down free speech?

“There’s really no denying it: Big Tech leans Democrat,” senior Saul Ades said. “It’s scary when you see institutions that hold so much power siding with one political party. It allows for a dangerous double standard in free speech.”

The “double standard” Ades references not only exists but is also comically obvious at times. Parler’s removal was a result of the app’s insufficient policing of user posts, allowing for too many posts that encouraged violence and crime, according to Google, Apple and Amazon.

Yet sites like Facebook and Twitter have remained online, despite a growing amount of evidence highlighting their role in the organization of riots at the Capitol and over the summer. The conclusion is clear: Parler was targeted for its conservative base.

North High students hold differing opinions regarding the ban. Senior Sophie Yellis said that “the Parler ban was justified.” After all, “Apple is a private company, so it has the right to ban an app where people incite violence, especially on the vice president just because he declared Joe Biden the winner of the presidential election.”

As Yellis points out, the providers are legally allowed to deem people dangerous and refuse them service. However, not only is the suppression of free speech completely counter with traditional American culture, but it is also a terrible policy decision. When 8Chan, a platform for neo-Nazis and incels, was shut down in 2019, what resulted was not the eradication of a dangerous ideology but rather an alt-right diaspora to other websites, including Parler.

“It’s a bad idea and policy to censor people like that in most cases,” junior Joshua Li said. Clearly, the “underlying intent is just to silence the political opposition. Even rubes have the right to free speech.”

As Big Tech consolidates more power in how free speech is conducted, some believe that the current legislature should be adjusted to protect the principle of free speech from these companies.

“On the surface, the ban of Parler seems fine,” sophomore Taikary Jiang said. “But if we think about it, it’s scary that a Big Tech company has the ability to decide and regulate what we see and, as a result, what we think. In my opinion, the government should take action to protect our freedom of thought from Big Tech.”

Superficially, the shutting down of dangerous discourse seems like a great idea. However, looking beyond the misleading aesthetics of what Big Tech is doing, censorship reveals itself to be an immoral, counterintuitive and risky decision. In this new age of communication, social media platforms must facilitate free speech, even if free speech goes against the company’s image.