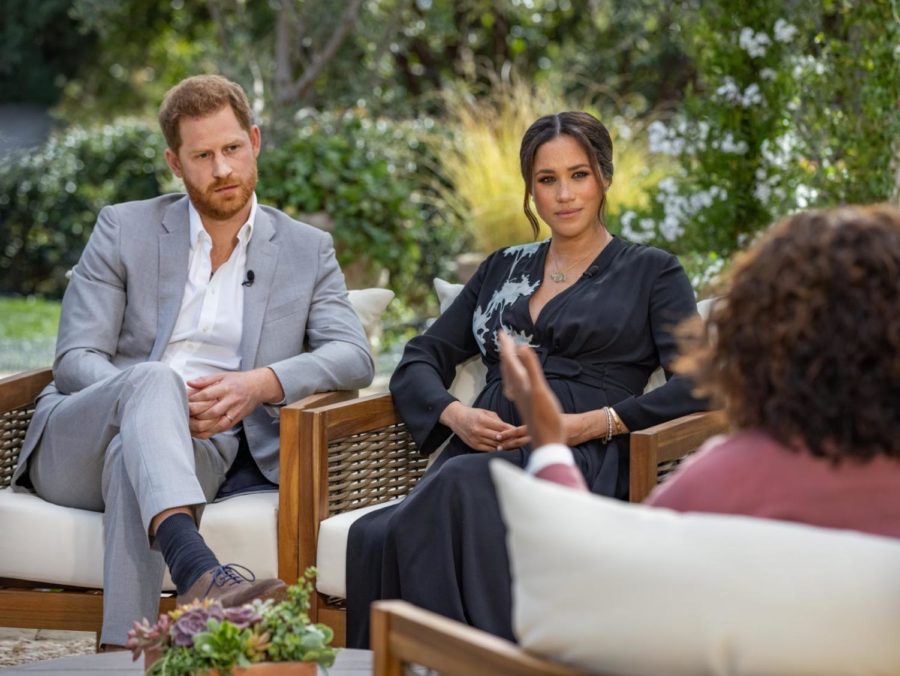 Following months of speculation and controversy surrounding their withdrawal from the royal family, Prince Harry and Meghan Markle shared numerous shocking details during their first sit-down interview with Oprah Winfrey.

Markle has been the focus of extensive criticism from British media outlets in the past year. The media also reported that Markle was to blame for her and Prince Harry’s decision to leave the royal family.

As a result, in their latest interview, Prince Harry and Markle decided to clarify the situation and address the controversy about their current relationship with Harry’s family. The couple revealed which members of their family they get along with, conflicts they’ve had and the unkind conversations they’ve had with “the institution.”

“It is odd to me that people who claim they want to stay out of the spotlight, would do an interview like this on national television,” sophomore Avishai Aghelian said. Many have questioned the true intentions of Harry and Meghan for similar reasons.

Sophomore Eitan Zargari provided an alternate opinion. “We sometimes forget that these famous figures are people too,” Zargari said. “Whether they have a lot of money or not, we should still value their feelings.”

Harry and Meghan admitted during the interview that members of the royal family had raised concerns about the color of their then-unborn baby’s skin since Meghan’s father is white, and her mother is black. They said the palace had refused to give their son the courtesy title and protection that protocol demanded.

Harry also made a number of comments about the royal family during his interview with Oprah. Following his and Meghan’s departure from their official royal duties in 2020, he announced that his family cut him off financially and that his father, Prince Charles, stopped taking his calls for a time.

Harry shared, the pair would have maintained their royal duties if they had more support from the royal family. He claimed that if his mother Princess Diana were still alive, she would be “very angry and sad” about how things turned out.

While some in Britain tried to play down its significance, no matter how much fame and money someone may possess, it is still vital that their mental health and feelings are valued. The allegations that Meghan made are nothing that should be taken lightly. Even if it wasn’t done in the best way possible, it seems like Meghan and Harry are genuinely hurting from their experience in the royal palace.