“Acknowledging the viewpoints of Ukrainian and Russian individuals is essential to understanding the war in its entirety.” 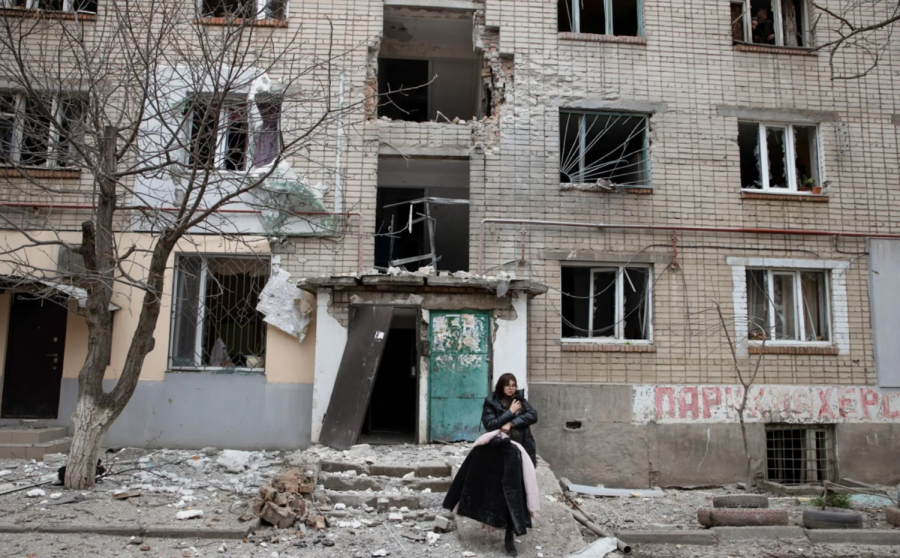 The conflict between Russia and Ukraine has been at the top of global news headlines for the past few weeks — and with good reason.

Maya Slobin, a senior, is among the few Ukrainians at North. Her father fled the country with his parents when he was just five years old, but is still very attached to his Ukrainian identity — and so is Maya.

“When I heard about the crisis I felt a sense of loss. I couldn’t help but feel like a piece of me was being attacked” she said.

Slobin also touched upon the influence of social media, and the ways in which it caused confusion about the conflict in addition to having brought awareness to it.

“It is frightening that people try to share information and opinions on the Ukraine crisis without having a solid background on the history of the USSR and region in general,” she said. “Understanding history is essential to understanding the modern crisis.”

“We have apartments and houses in Ukraine that are being bombed right now, and our friends in Ukraine are staying in basements, along with many others,” Dykun explained. “They do not have enough food to eat and no place to cook.”

It is not only Ukrainians who felt the impact of the war. Russian individuals were placed in a difficult situation, though many sympathized with the people of Ukraine.

Sophie Frenkel, a junior with Russian ancestry expressed her support for Ukraine. “My family definitely stands with Ukraine and my dad is worried about what the possible outcomes are,” she said. “My close family from Russia said they are absolutely destroyed by the situation.”

Junior Zoe Lyakhov has an especially interesting position regarding the war. Being half-Russian and half-Ukrainian, the conflict came as a shock to her.

“I’m very distressed, especially considering I have close family in both countries,” said Lyakhov. “My family in Ukraine is looking for a safe place to stay and gathering resources because they are afraid they may be the next victims.”

North has responded to the conflict in many ways, the first being in class discussions. Both Slobin and Frenkel touched upon the war in their social studies classes.

“In my AP European History class, we stopped the curriculum for a few days to do a lesson on the history of the USSR and how newly independent nations are handling the constant threat of being re-immersed into Russia,” Slobin said.

The Key Club, is currently working to find a project to support Ukrainian citizens. Dr. Holtzman also sent out an email to promote an emergency food-and-supply drive to support the citizens of Ukraine.

As the school community continues to spread awareness about the conflict, the world can only hope that some semblance of peace will be attained in the near future.