The 53rd annual Country Music Association Awards was on Wednesday night. The night’s theme honored the legendary women of the industry. However, legendary was an understatement on the red carpet. 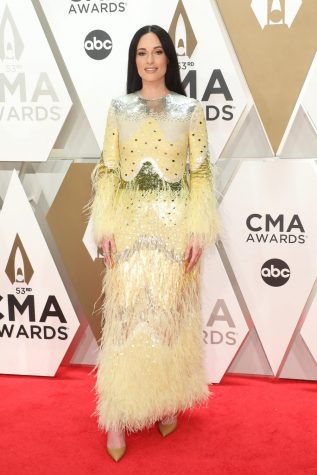 When does Kacey Musgraves ever fail to end up on the best-dressed list? The country star’s red carpet style is something that can just not get beaten. Musgraves stunned in this yellow Valentino Couture gown. The incredible dress featured gorgeous feathering detail along the bottom half of the dress as well as at the sleeves. Jewels and sequins scattered throughout the dress made the country star stand out even further. The dress was complemented with simple nude Louboutin heels, supported through a subtle makeup look that provided the perfect balance with Musgrave’s incredible dress. According to Musgrave’s stylist, Erica Cloud, the goal of the look was to “create a strong overall look that felt familiar but aspirational and visually impactful,” which they most definitely accomplished.

Keith Urban is widely known as one of the kings of country music. However, tonight, Urban’s wife and actress, Nicole Kidman, took over as the queen of fashion. Kidman amazed in this mid-length Versace dress, which was the epitome of autumn. The fringing above the ankles and flowers spotted throughout the dress showed us that Kidman was sure ready for the Fall, especially with her red, orange, and pink colors. To top it all off, the actress accompanied the dress with a beautiful pink satin bag and pink ankle-strapped heels. 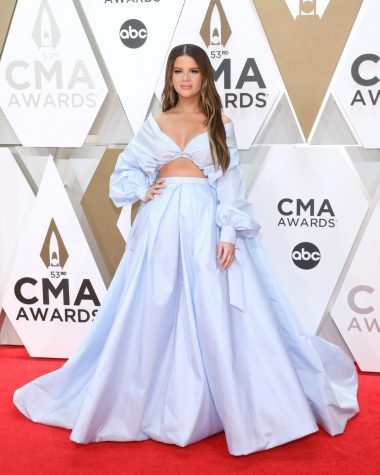 Marren Morris is known for always rocking her red-carpet looks. However, this time, the country star brought a never-before-seen guest along with her. The mom-to-be showed off her baby bump with this beautiful two-piece baby blue set. The cut out at the stomach hinted to the singer’s soon-to-be baby boy, making the color of the dress quite fitting. The Honayda gown featured beautiful billowing sleeves that went along with the flow of the entire piece, complementing her wavy hair. Morris and her husband, Ryan Hurd, are more than excited about the soon-to-be new addition in their lives. On October 22, the couple announced the pregnancy and gender of the baby via social media. Hurd said the couple chose to reveal everything all at once because “Maren’s not good at secrets.” However, the couple was “very excited just to know what it is,” Hurd said. They are very thrilled and so are we! 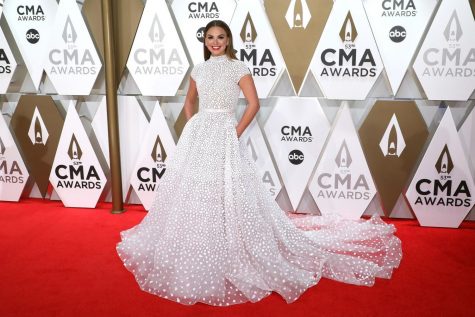 Hannah Brown, otherwise known as Alabama Hannah, is no stranger to the world of fashion. The former Bachelorette showed off her amazing fashion sense to all of America once again in her stunning high-neck white Atelier Zuhra gown. The dress featured a short train along with beautiful white designs along its entirety. Brown’s middle-part sleek hair was a perfect fit for her gorgeous gown along with the white belt at her waist. However, Alabama Hannah also showed us that her level of beauty comes with its own set of issues. In one of her videos on Instagram, Brown said, “I’m actually sitting down on the red carpet because this dress is so heavy.” However, it seemed that this pain was most definitely worth it because Hannah was definitively one of the best dressed of the night.

In a night of stunning looks and inspiring personalities, the dresses spoke to the power of women in this genre of music. “The female creative spirit, the female energy is really needed right now, it’s really important and I feel like it’s something that Earth needs. So whether it’s me that’s up here or any of the other women in this category, I just think that it’s a beautiful thing and I’m very appreciative,” Musgraves said. The country singer won female vocalist of the year and music video of the year for her song, “Rainbow.” Regardless of the outfits, there was no doubt by the end of the event that women were the clear winners of the night.

If you want a picture to show with your comment, go get a gravatar.